Chicago's Finch's Brewery is coming to New York, and their launch is being celebrated here at Pacific Standard! The owners will be here, and we'll have five of their highly-anticipated beers on tap, including their Red Ale, Fascist Pig, which won't be seen again in these parts for months! We'll have a raffle and giveaways as well. The festivities begin at 6pm. 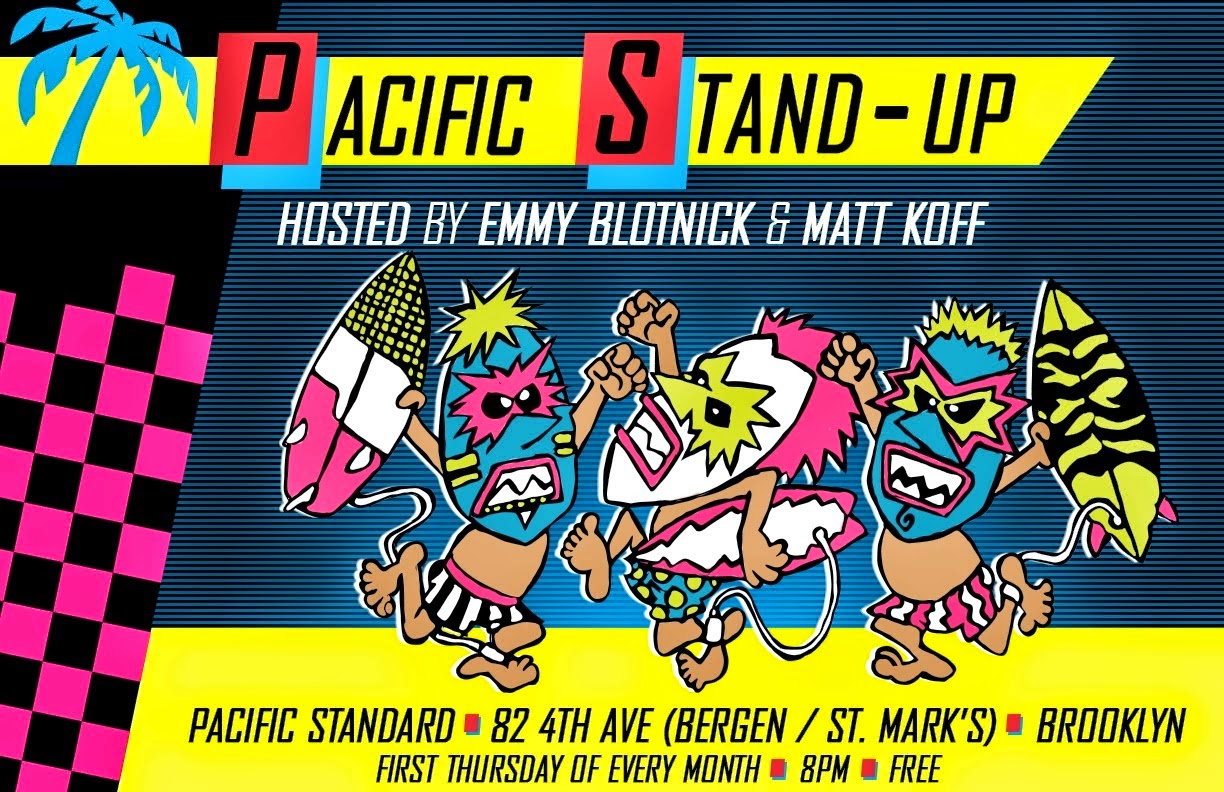 Pacific Stand-Up returns next Thursday with more great comedy. April's show is being co-hosted by Brendan McLaughlin and David Smithyman. Come on out!

Hosted by Brendan McLaughlin and David Smithyman (The Nightly Show).

In Boston this Weekend? 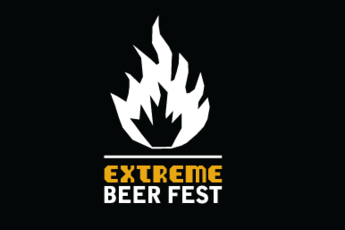 We're going to be at Beer Advocate's Extreme Beer Fest today, Saturday, March 21st, in Boston. According to the organizers, "Extreme Beer Fest is the ultimate throwdown of craft beer creativity... Minds will be blown. Palates will be inspired. Prepare for epicness." Indeed.

For more info, or if you wish to attend, follow the link below.

Our family of Thursday night comedy shows continues to grow. Premiering this Thursday is Stuck Between Stations, which brings you this stellar lineup:

The Underhill Players are back with another night of comedy. Here's the lineup:

Come by this Wednesday night, meet the guys from Great South Bay, and drink some of their kick-ass beer.

Here's what we'll have on tap: 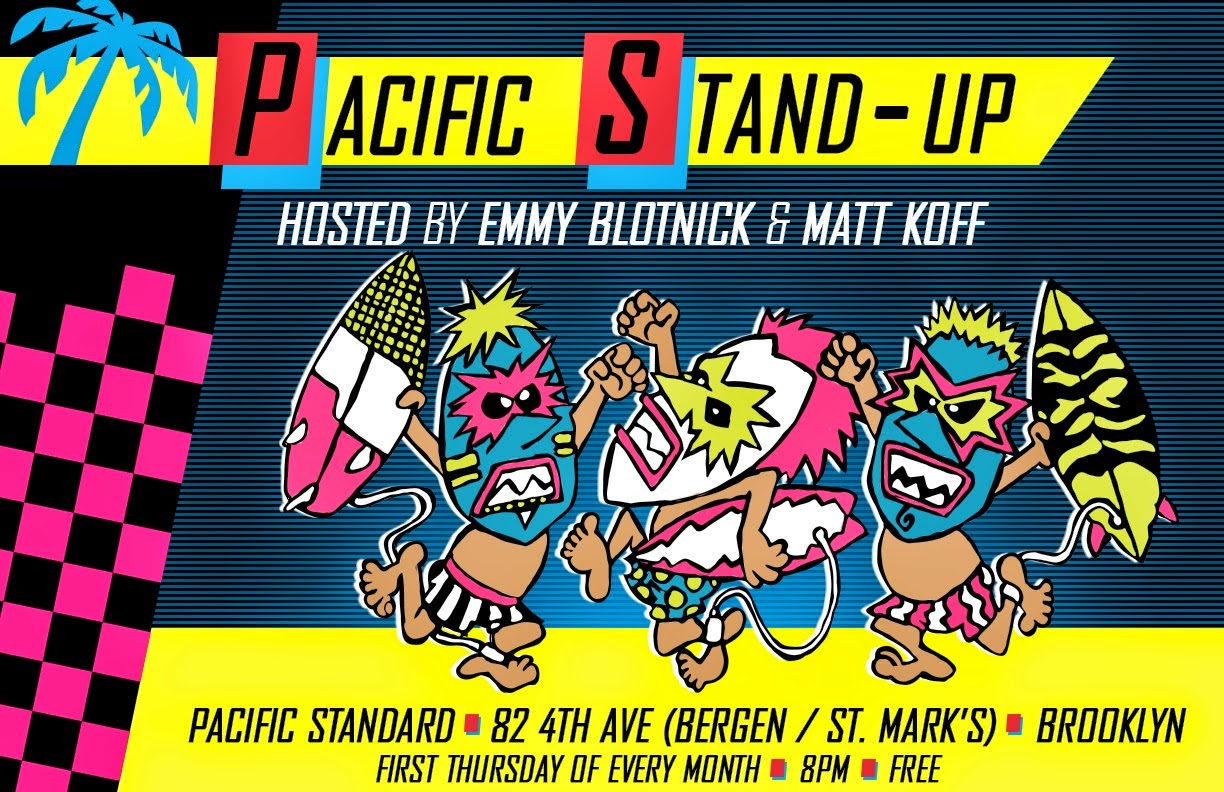 Come by on Thursday for this exciting lineup:

Planning on Being in Colorado Next Month? 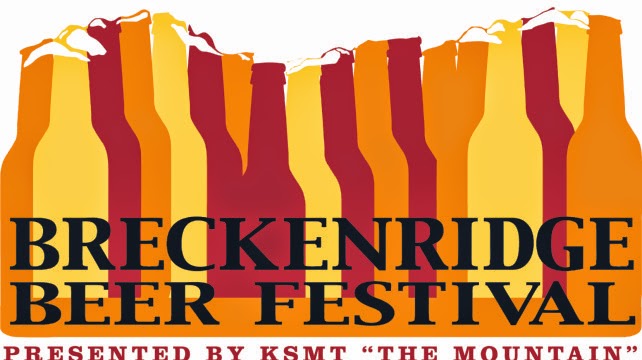 The first stop of our craft beer festival tour will be the Breckenridge Spring Beer Festival in Breckenridge, Colorado on Saturday, April 11th. There will be over 30 breweries offering tastings, plus free live music! If you want to come and hang out with us, you can buy tickets below: