A fun time was had by all: 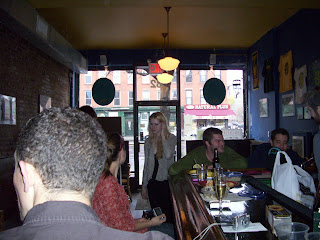 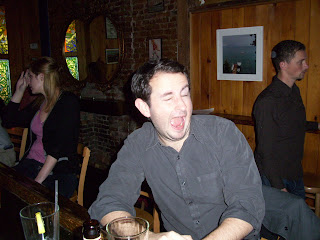 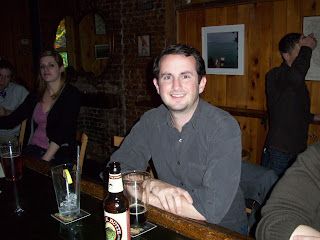 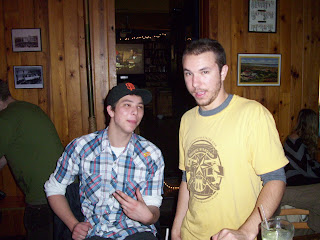 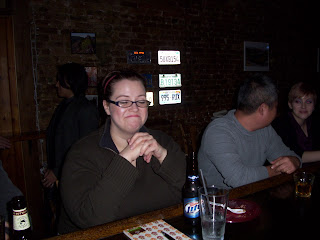 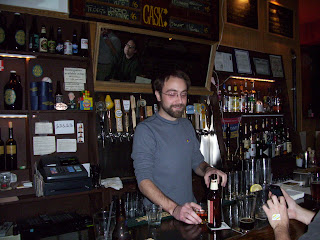 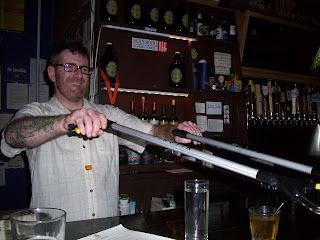 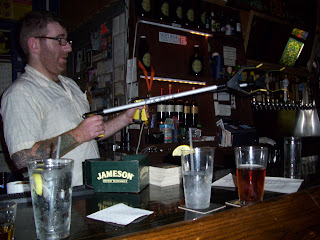 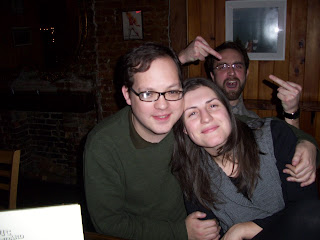 You're standing at the front of the room about to start a presentation. Everyone is looking at you; peers, teachers, friends, enemies. And no matter where you are in life -- a high school student with a paper-mache volcano, a researcher about to win the Nobel Prize, or a government adviser with very bad news about climate change -- you always have the same thought: "Damn, I have to pee."

The Story Collider brings together consultants, researchers, musicians, and other disreputable types to tell us personal stories about the times when, for good or ill, science happened.

Hosted by Ben Lillie and Brian Wecht
Posted by J-C. G. Rauschenberg at 12:52 AM No comments:

Timothy Donnelly is the author of Twenty-seven Props for a Production of Eine Lebenszeit (Grove 2003) and The Cloud Corporation (Wave 2010). His poems have appeared or are forthcoming in A Public Space, Harper’s, Iowa Review, jubilat, The Nation, The New Republic, The Paris Review, Washington Square Review and elsewhere. He is poetry editor at Boston Review and teaches in the Writing Program at Columbia University’s School of the Arts.

Ken Chen's debut poetry collection, Juvenilia, won the 2009 Yale Series of Younger Poets Award. His work has been published or recognized in Best American Essays 2006, Best American Essays 2007, and the Boston Review of Books. He is the executive director of the Asian American Writers’ Workshop and lives in Brooklyn, NY.
Posted by J-C. G. Rauschenberg at 10:34 PM No comments:

As usual, we'll be opening early, at 12 pm, on November 25, Thanksgiving Day, to show the football games and celebrate the holiday. We'll provide free turkey while it lasts; we ask guests who want turkey (or altruistic vegetarians) to bring some side dish (talk to us if you want to coordinate). We'll also have an all-day-and-night happy hour ($1 off almost all drinks). So if you're in town and want to watch some football on our big screens and enjoy some Thanksgiving camaraderie on the cheap, come by anytime.
Posted by J-C. G. Rauschenberg at 5:37 PM No comments:

Marina Temkina was born in Leningrad in 1948 and emigrated to New York City in 1978. She has published four books of poetry in Russian: Chasti chast’ (A Part of A Part), V obratnom napravlenii (In Reverse), Kalancha (Watchtower), and Canto Immigranto. In collaboration with Michel Gerard, she has published two artist's books in France: Observatoire Geomnesique and MoMA Duomo: Twelve Objects from Melencholia and the Broken Obelisk. Marina is also the artist/author behind several multimedia poetry installations. She is the recipient of a National Endowment for the Arts grant and a Charles H. Revson Fellowship on the Future of New York at Columbia University. Her work has been included in several international anthologies and poetry magazines. She writes on gender, Russian-Jewish identity and immigration with a sense of history lived through and expressed as an intimate experience.

M.A. Vizsolyi grew up in Pennsylvania. His first book of poems, The Lamp with Wings, was selected by Ilya Kaminsky for the National Poetry Series, and is forthcoming in the fall of 2011. His poems have appeared in many journals including Poetry International, 6x6, Slice Magazine, and BOMB. He teaches ice hockey and ice skating lessons in Central Park, and lives in Brooklyn.

Ben Fama is the author of the chapbook Aquarius Rising (Ugly Duckling Presse) and co-author of the chapbook Girl Boy Girl Boy (The Corresponding Society). He is the founding editor of Supermachine Poetry Journal. His work has been featured in GlitterPony, Notnostrums, Poor Claudia, and on the Best American Poetry Blog, among others.
Posted by J-C. G. Rauschenberg at 1:39 AM No comments:

Poet. Mother. Professor. National and International lecturer on Black Culture and Literature, Women’s Liberation, Peace and Racial Justice. Sponsor of Women’s International League for Peace and Freedom. Board Member of MADRE. Sonia Sanchez is the author of over 16 books including Homecoming, We a BaddDDD People, Love Poems, I’ve Been a Woman, A Sound Investment and Other Stories, Homegirls and Handgrenades, Under a Soprano Sky, Wounded in the House of a Friend (Beacon Press, 1995), Does Your House Have Lions? (Beacon Press, 1997), Like the Singing Coming off the Drums (Beacon Press, 1998), Shake Loose My Skin (Beacon Press, 1999), and most recently, Morning Haiku (Beacon Press, 2010). In addition to being a contributing editor to Black Scholar and The Journal of African Studies, she has edited an anthology, We Be Word Sorcerers: 25 Stories by Black Americans. She is a winner of the American Book Award, the Governor’s Award for Excellence in the Humanities, the Langston Hughes Poetry Award, the Robert Frost Medal, the Harper Lee Award, and the Robert Creeley Award. The Sonia Sanchez Literary Review is the first African American Journal that discusses the work of Sonia Sanchez and the Black Arts Movement.

Aimee Nezhukumatathil is the author of three books of poetry, MIRACLE FRUIT and AT THE DRIVE-IN VOLCANO and the forthcoming LUCKY FISH (all from Tupelo Press). Awards for her writing include a poetry fellowship from the NEA and the Pushcart Prize. New work appears in American Poetry Review, Prairie Schooner, and Orion. She is associate professor of English at SUNY-Fredonia.

Sassy Ross writes poems. She lives, for the most part, in Brooklyn.
Posted by J-C. G. Rauschenberg at 1:34 PM 1 comment: