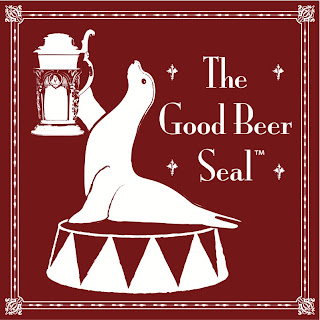 As we've said, we'll be showing the U.S.-England game at 2:30 pm on June 12. You should buy tickets in advance ($8 tickets which include a free beer!), because it'll be really busy and we'll need to regulate the amount of people in the bar so everyone can have a good time. Ask your bartender.

All other U.S. World Cup games will be shown here at the bar, no matter what time they start (the next couple ones start at 10 am; rest assured we'll be open then). We'll also be open early for any important games late in the tournament (quarters, semis, final, at the least). If you have a largish group that wants to come watch any other game that starts before our opening time, let us know and we'll see what we can do. Just talk to us at the bar or e-mail us.
Posted by J-C. G. Rauschenberg at 5:31 AM No comments:

Final Chin Music of the season June 3 at 7 pm.

Joshua Bell’s first book is NO PLANETS STRIKE, Zoo Press/University of Nebraska Press, 2005. He received his M.F.A. from the Iowa Writers' Workshop, where he was a Teaching-Writing Fellow and Paul Engle Postgraduate Fellow. He was the Diane Middlebrook Fellow at the University of Wisconsin's Creative Writing Institute, 2003-04, and in the Summer of 2006 was a Walter Dakin Fellow at the Sewanee Writer's Conference. His poems have appeared in such magazines as 9th Letter, Boston Review, Hotel Amerika, Indiana Review, Triquarterly, Verse, and Volt. His poems have been reprinted in such recent anthologies as Legitimate Dangers: American Poets of the New Century (Sarabande) and Imaginary Poets: 22 Master Poets Create 22 Master Poets (Tupelo Press).

Elaine Bleakney's poems have been published in Action Yes, American Letters & Commentary, American Poetry Review, Bat City Review, Spinning Jenny, Verse Daily, and other journals. She is the recipient of the Gerard Creative Writing Endowment Award from the University of California, Irvine and a Schaeffer Fellowship from the International Institute of Modern Letters. Elaine is the art editor for At Length, an online magazine "open to possibilities shorter forms preclude."
Posted by J-C. G. Rauschenberg at 4:20 PM No comments:

Mimsy Storytelling May 31 at 8 pm.

We all have something that we really gets us going, makes us tick, can't shake, won't give up -- our obsessions.

Mimsy presents its fourth show, centered all about OBSESSIONS. As usual, all stories for the show are autobiographical and true, live, and presented without notes. Performers for the evening are from the Upright Citizens Brigade Theater, Comix NYC, and The Story Collider.

The show is hosted and curated by Miguel de Leon. Follow us on Tumblr at http://mimsyshow.tumblr.com/, or on Twitter @mimsyshow.

PERFORMERS FOR THE EVENING:

OLIVIA HENDERSON, that girl is a treasure.

The show is absolutely FREE! It starts at 8PM! Bring your friends!
Posted by J-C. G. Rauschenberg at 7:07 PM No comments:

of all those that drive by our bar occasionally: 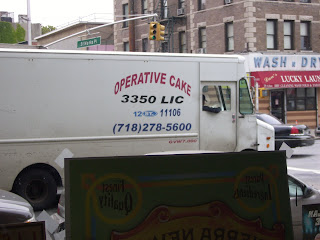 about the Coney Island Pub Crawl here: http://bit.ly/9cVSQ0. We will have freaks to go with our geeks on Thursday at 9:45.
Posted by J-C. G. Rauschenberg at 7:42 PM No comments:

Mimsy presents its third and juiciest show so far, stories centered around SINNING.

As usual, all stories for the show are autobiographical and true, live, and presented without notes. Performers for the evening are all from the Upright Citizens Brigade Theater.

The show is hosted and curated by Miguel de Leon. Follow us on Tumblr at http://mimsyshow.tumblr.com, or on Twitter @mimsyshow.

PERFORMERS FOR THE EVENING:

Math whiz BRIAN WECHT!
Posted by J-C. G. Rauschenberg at 8:46 AM No comments:

L. S. Asekoff's most recent collection of poetry is THE GATE OF HORN, published by Triquarterly Books in 2010. Former director of the Brooklyn College MFA Program in Poetry, he has published two previous poetry collections: DREAM OF A WORK (Orchises Press, 1994) and NORTH STAR (Orchises Press, 1997). His poems have appeared in the New Yorker, the American Poetry Review, Poetry, TriQuarterly, Ninth Letter, and other magazines.

Aaron Baker is the author of MISSION WORK, the winner of the 2007 Katharine Bakeless Nason Prize for poetry, selected by Stanley Plumly, and the 2009 Glasgow/Shenandoah Prize for emerging writers. A former Wallace Stegner Fellow in Creative Writing at Stanford University, he lives in Charlottesville, Virginia, and teaches at Lynchburg College.

Mara Michael Jebsen is a poet and performer from Philadelphia and Lome, Togo. The daughter of an American storyteller/folklorist and step-daughter of a Togolese professor of African folklore and French literature, Mara came of age as part of a bi-cultural family in Togo during a period of political unrest. She holds an MFA in poetry from New York University, where she teaches essay writing. Mara has read, performed and sung her poems all around the country and internationally. She's been published in jubilat and Hanging Loose and is a 2009 New York Foundation for the Arts fellow.
Posted by J-C. G. Rauschenberg at 8:19 AM No comments:

Are you tired of Manhattan being the center of the universe? Want
great laughs at affordable prices? Then, come out to Brooklyn for the
Wade Wilson Experience and see the best comedians this side of the
Hudson regale you with tales from the outer boroughs. So if you're
done with obscure references and flashing lights, check out Park
Slope's best stroller-free comedy showcase.